All tickets have now been sold for Sunday 27 June

Located in an area of outstanding natural beauty, the hilltop site of the Museum’s home, Claverton Manor, takes full advantage of the spectacular views over the Limpley Stoke Valley and River Avon.

Remnants of the old Italianate style manorial pleasure gardens and parkland, dating from the 1820s, can be seen within the grounds, including period features such as the grotto, the balustrade and curtain walling, as well as ornamental stone work. This work is attributed to George Vivian, son of the original owner of Claverton Manor, John Vivian.

“You will have the joy of watching these gardens, that you have helped create, develop over the years”

The founders of the American Museum & Gardens, John Judkyn and Dr. Dallas Pratt, believed that the landscape surrounding Claverton Manor should be part of the Museum’s education program and visitor experience.

Since the Museum opened in 1961, the 30 acres surrounding the house have been developed to include a replica of George Washington’s garden at Mount Vernon, a Lewis and Clark trail, and an Arboretum. 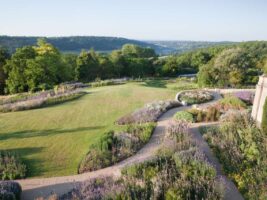 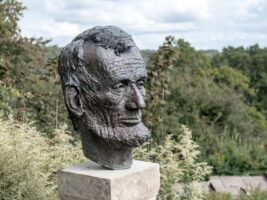 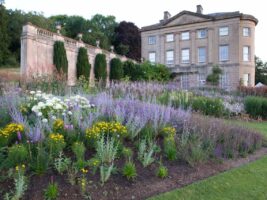 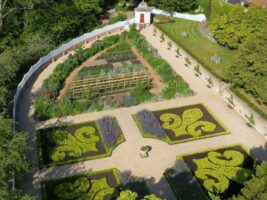