We are now closed for the rest of the winter season, reopening 11 March 2023

The American Museum & Gardens opened to the public in 1961. It was the achievement of Dr. Dallas Pratt and John Judkyn. Dallas was an American psychiatrist and collector, while John was a British-born antiques dealer who had become a United States citizen. They were an Anglo-American couple, partners in both their personal and collecting lives, and were supported by Nick Bell Knight (a furniture restorer employed at nearby Freshford Manor, Judkyn’s business base in Britain), and Ian McCallum, the Museum’s first Director.

It was a transatlantic alliance. Dallas Pratt and John Judkyn considered establishing a Museum of Americana in Britain as early as 1956, after visiting several historic house and ‘living history’ museums in the United States.

Collecting for the Museum began in earnest in 1958, facilitated by Judkyn’s business contacts – each piece testifying to the artistry of Americans and how these people had lived in the past. Panelling and floors were also shipped over to Britain, enabling period rooms from demolished buildings in America to be reconstructed within the spacious interiors of Claverton Manor.

Many decades on, the American Museum remains the only museum outside the United States to showcase the decorative arts of America. 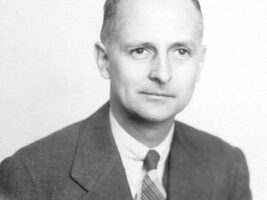 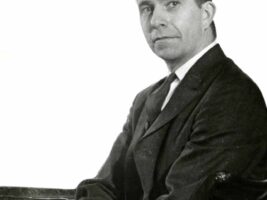 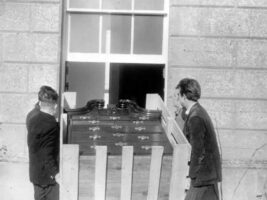 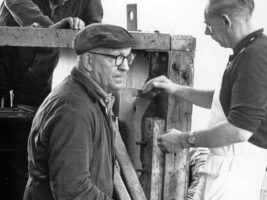 Learn more about Claverton Manor, the home of the American Museum